SIMPLIS SystemDesigner is a set of SIMPLIS schematic building blocks that are optimized to model digitally controlled, power electronics systems. These power electronics systems include both hardware and software digital-control implementations, such as control systems based on microcontrollers, DSPs, or FPGAs. An example of a PID control loop designed in SystemDesigner is depicted below:

Major features of SystemDesigner are:

A digitally controlled Synchronous Buck converter using SystemDesigner devices is shown below. The complete PID control loop is defined using a collection of SystemDesigner control devices. The data in the control path is clocked using the SystemDesigner global clocks. This example circuit can be downloaded here. You will need a SIMetrix/SIMPLIS Pro or Elite license to edit and simulate this schematic. Evaluation licenses for SIMPLIS Pro and Elite may be requested either by email or through our evaluation page. 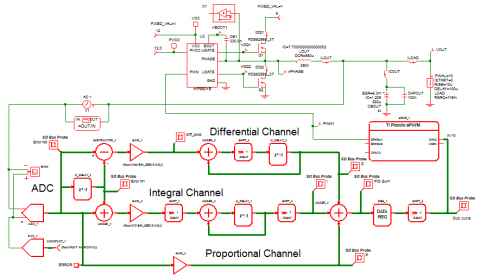 The output waveforms for the Integer sampled data type are sown in red below. On the left hand graph, the converter response to a 50%-100% load step is shown. The blue waveforms are from the Double-Precision Floating-Point sampled data type simulation. On the right hand graph is the AC analysis of the converter taken during the double precision floating point simulation. All waveforms were taken from the single schematic pictured above. 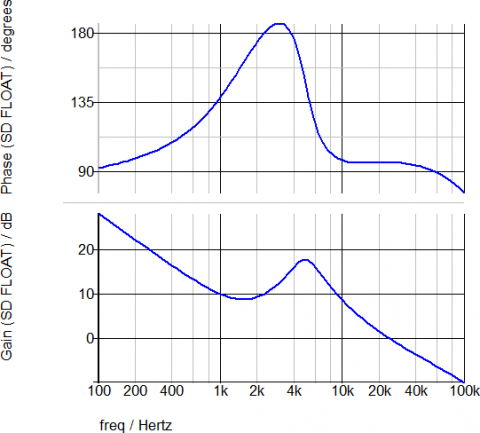 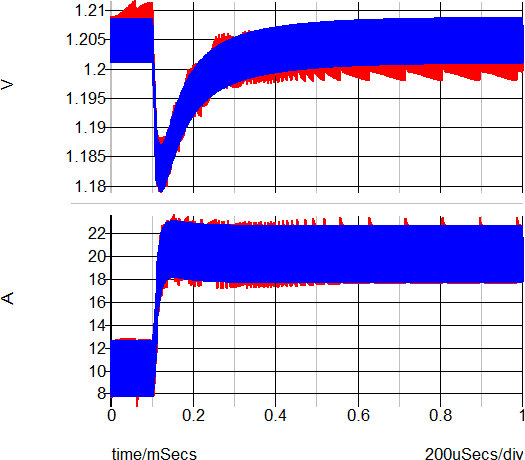